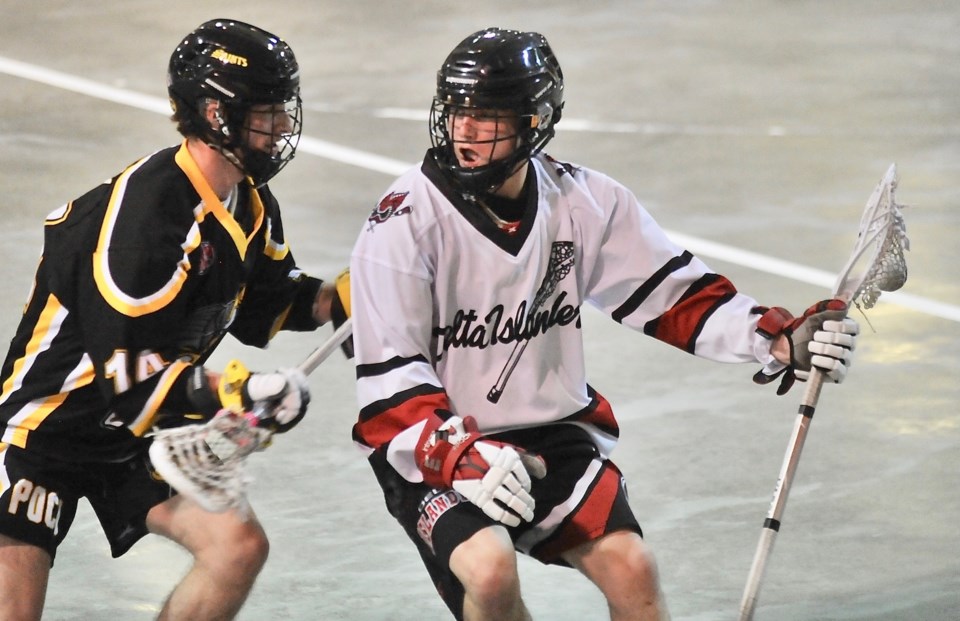 Training camps for the BC Junior "A" Lacrosse League teams are on hold as board of governors will meet again in two weeks to discuss the next move during the COVID-19 pandemic.Mark Booth

One major BC lacrosse league remains on hold until at least April 15 while another has already suspended the start of its season in relation to the COVID-19 pandemic.

Following a board of governors meeting on Sunday, the B.C. Junior “A” Lacrosse League has agreed to continue the hold on all training camps and any other sanctioned activities until they meet again in two weeks.

The Delta Islanders are scheduled to open their league schedule on April 29 when the New West Salmonbellies visit the Ladner Leisure Centre. It’s almost a certainty that won’t happen.

The eight-team league plays a 21-game regular season with the playoffs usually starting in mid-July.

“We are closely monitoring information from health officials, the government, the CLA and the BCLA. Our league continues to have the safety and well being of our players, staff and fans in mind when considering our contingency plans,” said BCJALL president Karl Christiansen. “It is still our hope to bring the BCJALL back to our fans and the lacrosse community in 2020.”

Meanwhile, the Western Lacrosse Association announced on Tuesday it has already postponed the start of its regular season slated for May 21.

“Revised schedules have been drafted and we are working closely with our counterparts with Major Series Lacrosse (MSL) in Ontario as we work towards competing for the Mann Cup in September in Ontario,” said WLA commissioner Paul Dal Monte. “Our league staff and teams are continuing preparations for our 52ndseason and look forward to bringing box lacrosse back to our communities as soon as it is safe and reasonable to do so.

“We will follow the guidance of the public health authorities and government agencies during this public health crisis. The health and safety of our players, staff, fans, and partners is of the utmost importance as we manage through this situation.”