Seahawks hold their own at Tsumura Invitational

Seaquam wins four of five games to finish 9th in tourney stacked with ranked teams
Dec 8, 2019 11:00 AM By: Mark Booth 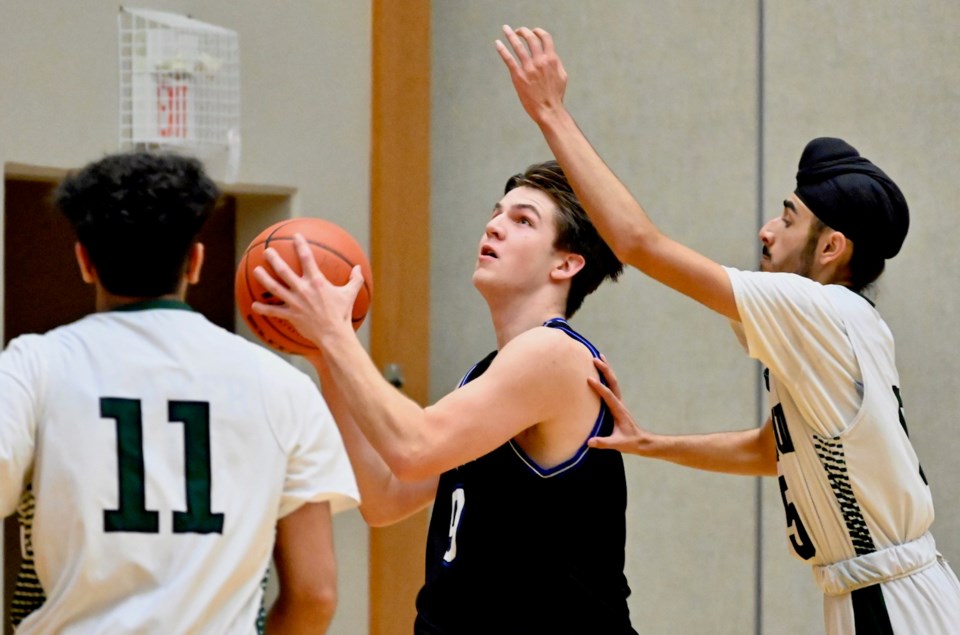 Mitchell Hope drives to the basket in Seaquam's 74-69 win over Lord Tweedsmuir on Saturday at the Tsumura Invitational at the Langley Events Centre.Mark Booth

The Seaquam Seahawks more than held their own at the Tsumura Invitational.

The 20-school senior boys basketball tourney at the Langley Events Centre was loaded with teams in the provincial 4A and 3A rankings, including the Seahawks who entered the event as an honourable mention in the latest 4A poll. They went on to win four of five games to finish ninth with their only loss coming to eventual runner-up and No. 2 ranked Kelowna Owls.

Seaquam needed a come-from-behind 78-72 overtime win over Richmond’s MacNeill Ravens just to be part of the main 16-team draw. A 93-69 loss to the Owls followed — sending the Seahawks to the consolation side of the draw where they defeated Oak Bay (83-70) on Friday and swept a pair of games on Saturday from Lord Tweedsmuir (74-69) and Port Moody’s Heritage Woods (93-84).

Tweedsmuir (No. 9), Oak Bay (HM) and Heritage Woods (HM) are all in the provincial 4A rankings.

Seaquam hosts its own eight-team invitational starting on Thursday when they open play against Burnsview at 1:45 p.m. The final goes at 8:45 p.m. on Saturday.

685
City of Delta replacing annual spring clean-up
384
'Do not make plans,' warns Henry in plea to stem Family Day travel
242
Letters: Closure of Delta Hospice is a tragedy for community
241
Safety prompts Delta to install no parking signs near Brunswick Point Trail
236
COVID-19 outbreak over at The Waterford