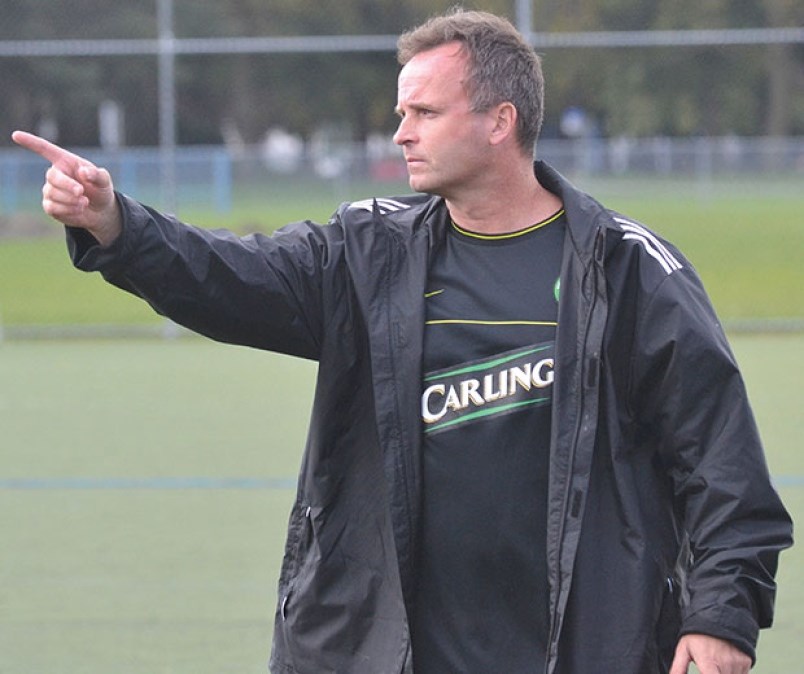 Long-time South Delta Secondary coach Stephen Burns has been selected as the Male Coach of The Year by BC School Sports (BCSS), the governing body for high school sport in the province.Optimist file

Decades of coaching excellence, a commitment to youth sports and a dedication to foster the development of young athletes has been recognized by BC School Sports.

Long-time South Delta Secondary coach Stephen Burns has been selected as the Male Coach of The Year by BC School Sports (BCSS), the governing body for high school sport in the province.

The Male Coach of the Year along with Merit, Honour, Female Coach of the Year, and Outstanding School awards are presented annually to individuals in the BCSS community that continuously embody the BCSS core values of growth, fulfillment, sportsmanship, and equity throughout their contribution to school sport. These awards recognize and celebrate coaches, officials, and sport management volunteers for their long-time commitment and involvement in BC School Sports both on and off the field, keeping school sport alive in the province.

“Congratulations to all the BC School Sports award winners, but especially to Stephen Burns for being recognized as Male Coach of the Year,” said fellow SDSS coach Brent Sweeney on his Twitter feed. “Contributed to sports in Delta School District like few others.

“Rare to see three season coaches in school today, but Stephen Burns has sustained this for many years,” said Ainge.

After a sport filled high school career playing badminton, basketball, and soccer including a BCSS provincial championship appearance in his Grade 11 soccer season, Burns went on to win three CIAU (now USports) national championships out of his five years playing soccer for UBC.

After graduating with a Physical Education degree, Burns moved on to play three years in the Canadian Soccer League sharpening the skills he would soon transition into coaching.

He got his first teaching job at Star of the Sea where he started coaching basketball, volleyball, soccer, and track and field.

Shortly after starting at the elementary level he moved to the senior level coaching at South Park in 1998 where his passion for coaching basketball and soccer flourished.

After moving to the senior level he knew that was where he could make the biggest impact on students, in 2002 he accepted a position at SDSS where he focused on creating a strong soccer program.

Although Burns is known for his highly competitive nature, school sport will always be much more than winning and losing.

“There is nothing better than coaching school sport; you have a short time with these kids and as a coach, I work hard to put them into the mindset that representing your school is one of the greatest responsibilities,” he said.

Teaching his athletes to have great pride in representing their school on and off the field continues to be one of the greatest lessons he teaches his athletes. He admires the hard work and dedication his athletes put into their sport and being student-athletes and does everything he can to put them on the path towards success.

He believes coaching has greatly enhanced his experience as an educator.

When asked to reflect on his greatest coaching accomplishment, Burns highlighted his

2010 senior girls’ soccer team. They were able to pull off a 1-0 win against Fleetwood clinching a provincial championship berth. The team had consisted of one Grade 11, one Grade 12 and the rest of the team was filled by junior and Grade 8 athletes grinding it out for each other to secure a berth.

“Having a group that is dedicated to representing their school and competing as the underdogs are the best groups of kids to have,” Burns added.

Although they did not win provincials, they were the underdog team that proved their strength and dedication could bring them above favoured teams in the league.

Burns would like to recognize his father Danny Burns who coached him through his soccer career. He recalls that his dad always got the most out of his players on any team he coached. Passing away at the young age of 56, Burns continues his dad’s coaching legacy proving that coaching is way more than technical and tactics.

Further, Burns would like to thank 86ers coach Alan Errington for his time as dedication to

His success, and finally UBC soccer coach Dick Mosher for his commitment to caring for his athletes both on and off the field.