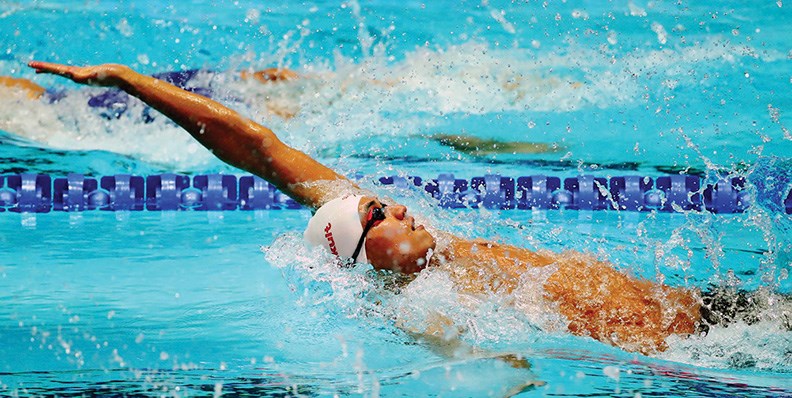 Being one of the top 200-metre backstroke swimmers in the world has already secured a spot on Canada's Olympic team for Tsawwassen's Markus Thormeyer.Swimming Canada

Tsawwassen swimming standout Markus Thormeyer is among the finalists for Sport BCs 54th Annual Athlete of Year Awards that will be virtually presented this Thursday, March 25.

The event is a pre-taped show hosted by CBC’s Scott Russell and will recognize the province’s best in amateur sport including athletes, coaches, teams, and officials for outstanding performances in their sport over the 2019 season.

Thormeyer is a two-time winner of the U Sports Swimmer of the Year Award. He led UBC to its fourth consecutive national title in 2020 by completing his second grand slam (four straight wins) in the 200-metre backstroke with a U SPORTS record-setting time of 1:58.54.

The South Delta Secondary graduate has already been named to Team Canada for the upcoming Olympic Summer Games in Toyko.