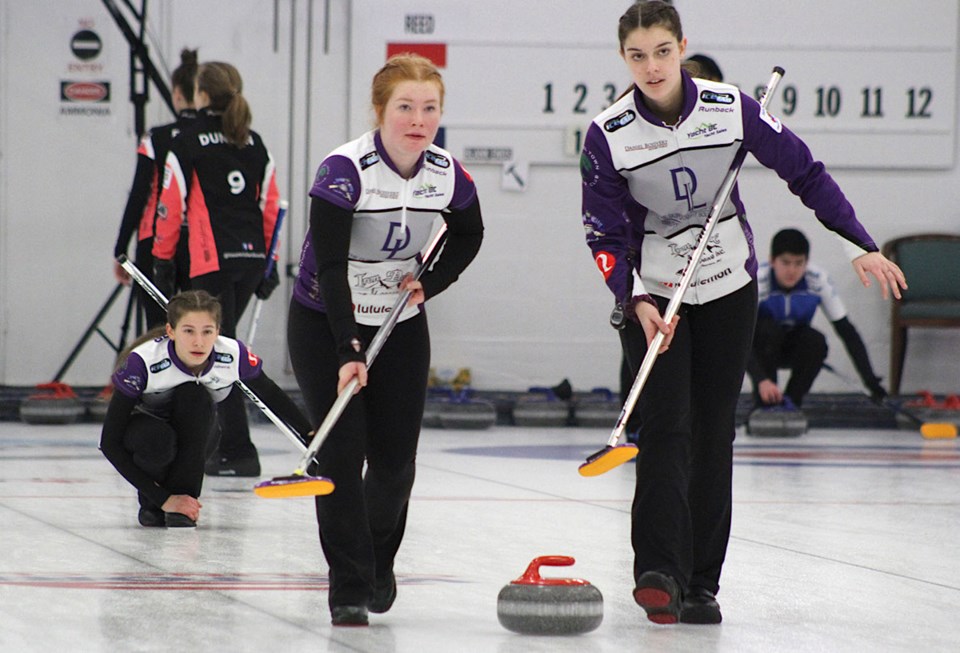 Team Taylor didn’t need much of 2020 to prove its one of the top up-and-coming women’s curling rinks in the province.

The rink, that includes Tunnel Town Curling Club’s own Meredith Cole and Keira McCoy of Tsawwassen, along with Jensen and Chelsea Taylor, reached the BC Junior Women’s Championship game as an underage team and went on to capture the silver medal. Although Team Taylor qualified for the U18 provincials, they were unable to compete as the event was cancelled due to the COVID-19.

They still showed enough to be named Curl BC’s U21 Team of the Year. The girls are coached by Christopher Summers and they split their practice time between the Royal City Curling Club and Tunnel Town.