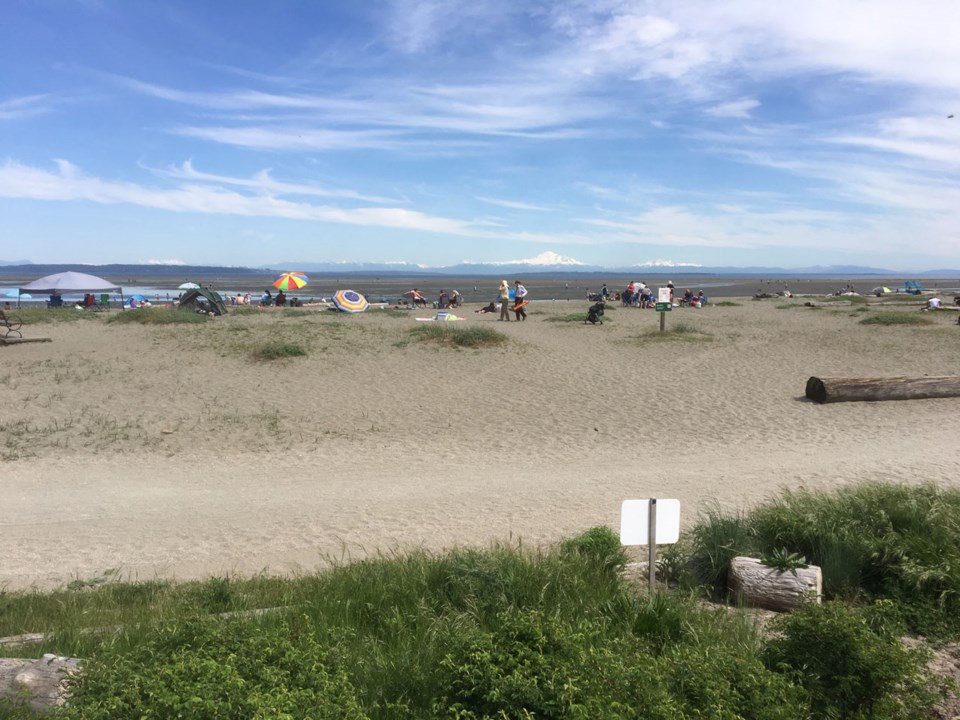 I was expecting the worst, but came away pleasantly surprised.

Given last weekend’s summer-like heat, I figured Centennial Beach had the possibility of becoming a sea of humanity as many people who have been cooped up for the past couple of months unleash those shackles and descend on Boundary Bay to soak up the sunshine. That combination of sun and isolation overload had the makings for a beach throng so immense, and so tightly packed, that even Dr. Bonnie Henry would have a hard time staying calm.

I visited Boundary Bay Regional Park Saturday afternoon to find it relatively busy, but far from the madhouse it could have been. It appeared Metro Vancouver was prepared for an onslaught as there were several traffic control people as well as signs urging visitors to stay apart so parks could remain open, but by mid-afternoon there were still plenty of parking spots to be had and enough room on the beach for everyone to safely spread out.

I’m not sure whether people didn’t realize the parking lots at local regional parks had re-opened or whether we’re actually heeding the stay-close-to-home missives being drilled into us by politicians and health experts, but it was a far cry from a month earlier when regional parks were closed for fear of being overrun on the Easter long weekend.

Perhaps I’m being too optimistic here, but I’d like to think we’re heeding the message and, for the most part, acting accordingly. Pretty much everyone I come across these days, whether I’m on the sidewalk, in the park or at the grocery store, is respectful of personal space and is taking the necessary measures to ensure a safe social distance. There are still some who are struggling with the concept of arrows on the floor of supermarket aisles, but those transgressions are likely perpetrated by people who are oblivious and aren’t meant as a show of outright defiance.

Although there are still instances of social distancing shortcomings, often where the population is most dense, the curve couldn’t have been flattened to the extent it has without a buy-in from the vast majority. We’re not there yet, and a significant setback is only a misstep away, but our collective actions are encouraging.