Nature Notes is a twice-monthly column presented by the Delta Naturalist’s Society and its community partners.
May 11, 2021 12:00 PM By: Drew Bondar/Delta Farmland & Wildlife Trust 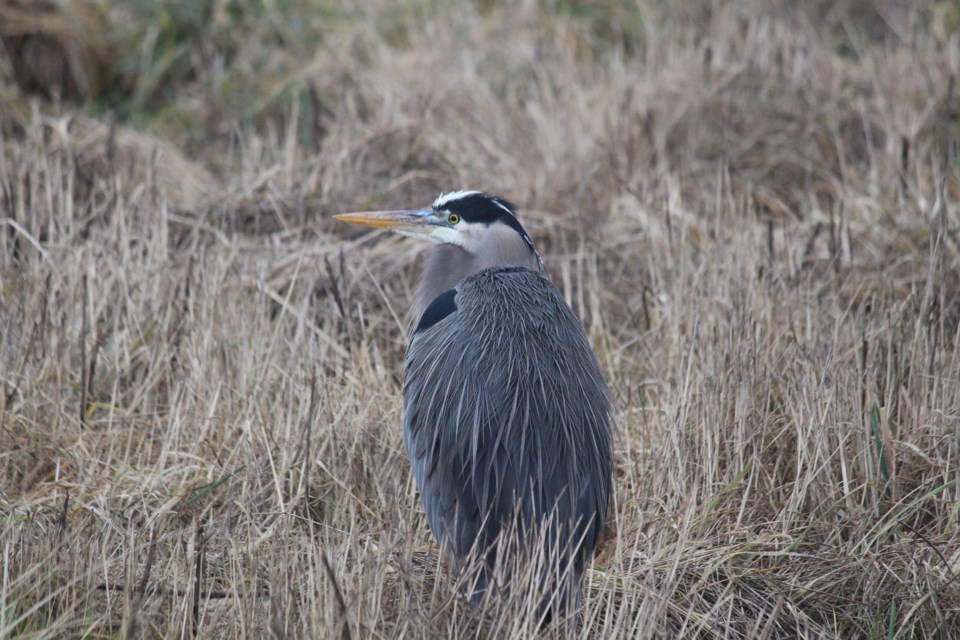 A Great Blue Heron foraging in a grassland set-aside during winter.Tehlu Singh/Contributed

Delta Farmland & Wildlife Trust (DF&WT) has been working in partnership with farmers in the Fraser River estuary for almost three decades.

A lot has changed since our humble beginnings, but our commitment to working directly with the agricultural community to find solutions for some of society’s most pressing issues, including soil degradation and biodiversity loss, remains.

Grassland set-asides — one of many stewardship practices the DF&WT promotes —provide critical habitat for birds of prey while restoring soil fertility.

Set-aside fields are planted to a mix of grasses and broad-leaved plants, and left to rest for up to six years. To promote the planting of set-asides, which resemble the historical tall-grass habitats of the estuary, DF&WT offers a $400/acre cost-share. Since the mid-1990s, more than 13,600 acres (5,504 ha) of set-asides (1.6x the size of Burns Bog) have been established.

The Fraser River estuary supports the greatest abundance and diversity of raptors in Canada over the winter season, which makes the availability of their preferred grassland habitat that much more important. However, grassland set-asides are becoming more challenging for farmers to incorporate into their crop rotations due to rising costs and a shrinking agricultural land base.

The economic realities for many farmers often make wildlife habitat an afterthought without financial support to assist with costs.

The unique partnership between DF&WT and local farmers has demonstrated what’s possible when the costs associated with taking care of the land do not fall solely on the backs of a few farmers but instead are shared by all of society.

Editor’s note: Nature Notes is a twice-monthly column presented by the Delta Naturalists Society and its community partners.