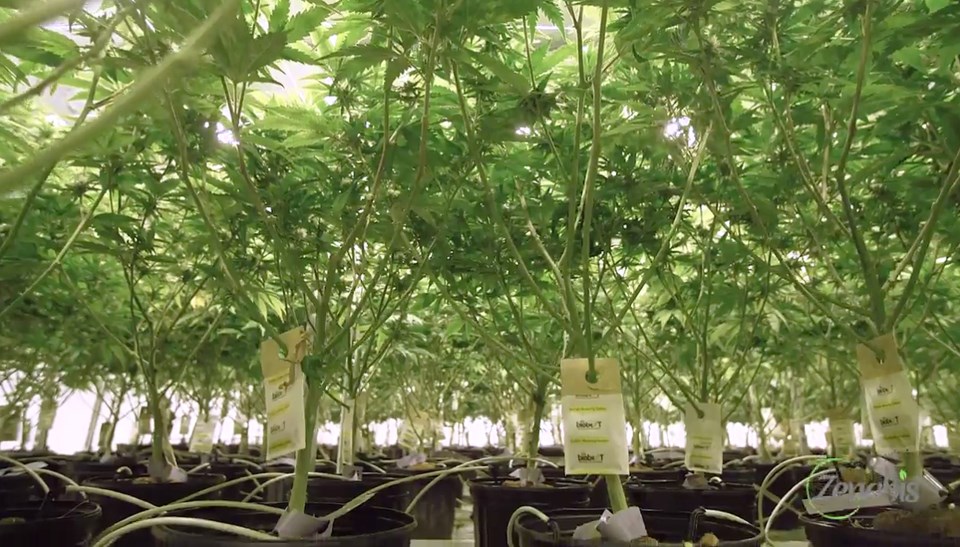 A Health Canada license for the former Zenabis facility is in place for standard cannabis cultivation, processing and sale for medical purposes.File photo/Zenabis

A cannabis facility on Annacis Island recently sold for well under its original asking price.

According a listing by Colliers, the 25,000-square foot facility that had been federally licensed for the cultivation, processing and sale of medical cannabis is sold.

There’s no word yet who will be taking over the facility formerly owned by Zenabis.

The Delta facility in the 1600-block of Fosters Way was listed recently for $7.95 million.

This past summer, the space was listed for $11.7 million, a price which had already been reduced by $1 million from its original price.

The currently unused facility was the first cannabis facility in an industrial zone approved by the City of Delta.

“Operated until late 2019, the Vendor made the corporate decision to consolidate their operations within one of their larger facilities in Metro Vancouver, and to divest of their Annacis operation,” the sales listing stated.