Fraser Health has taken possession of the hospice in Ladner
Apr 6, 2021 12:31 PM By: Sandor Gyarmati 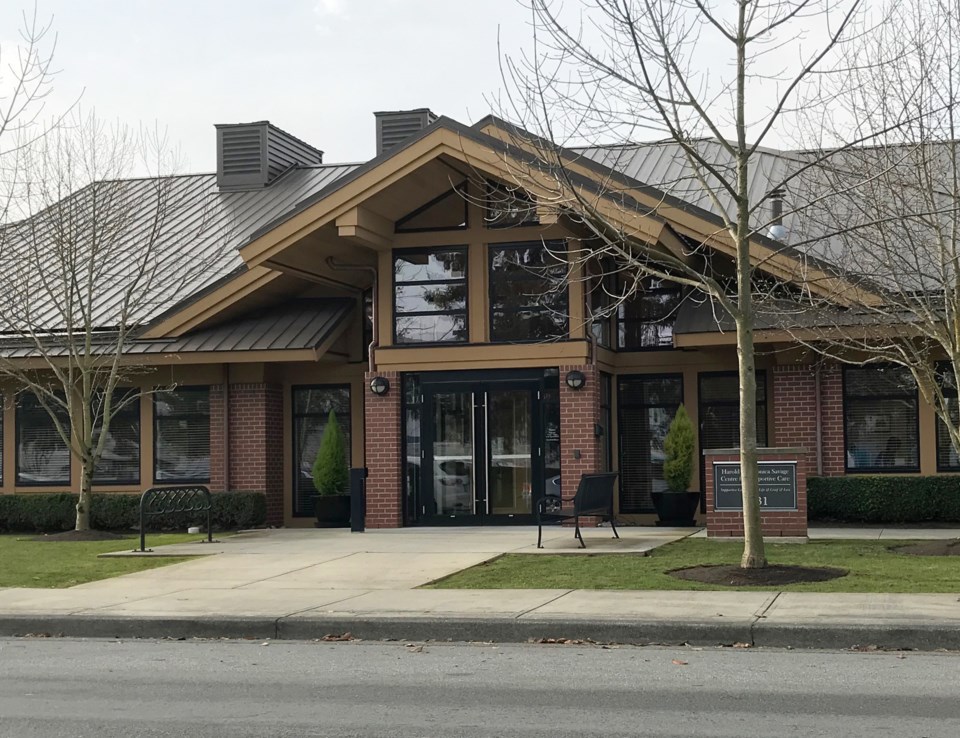 Delta residents and businesses raised millions of dollars to build the hospice facility which opened a decade ago on land owned by Fraser Health. Sandor Gyarmati/Delta Optimist

The community must ensure its asset isn’t lost.

That’s what the advocacy group Take Back Delta Hospice is saying about Fraser Health last week taking control of the Irene Thomas Hospice site, including the Harold and Veronica Savage Centre for Supportive Care and surrounding lands.

Having given one-year’s notice in February 2020 funding would cease, the health region in March gave the Delta Hospice Society (DHS) one-month notice to vacate as operational control would be transferred to the health authority, which occurred last week.

In a statement provided to the Optimist, Take Back Delta Hospice says it is pleased the Irene Thomas Hospice will reopen, making vital end-of-life care services available again locally and without restriction of personal choice.

However, the advocacy group says as that part of the saga draws to a close, it’s critical that the community continue in its pursuit of rightful control over the assets still held by the DHS.

“The Charity Shoppe on 56th Street in Tsawwassen is the fundraising engine that has enabled the ecosystem of care complementary to the services provided at the Irene Thomas Hospice. Paid for by the generosity of our community, this asset is a fundamental part of the broader end-of-life equation here in Delta and must remain in the service of this entire community without constraint or interference by the ideological agenda that ignited this whole situation,” the group states.

“A new Delta Hospice Society Board, who represents the entire community’s interests on end-of-life care, can make this situation wholly right and close the final chapter on this story.”

Take Back Delta Hospice and the current leadership of DHS have been embroiled in a battle for control of the society ever since a heated annual general meeting in late 2019.

Opposed to providing the legal procedure Medical Assistance in Dying (MAiD) to those who request it, reversing a previous board decision to allow it, the current board had been on a collision course with Fraser Health and the province which mandated non-religiously affiliated hospices that receive public funding provide MAiD.

The current board, forming its own advocacy group called Save Delta Hospice, also refused to accept membership applications from hundreds of Delta residents opposed to the board’s actions, while signing up many from out of the community and province who share the board’s viewpoint on MAiD.

Accusing the board of stacking the society’s membership, several members of Take Back Delta Hospice went to court last year and successfully blocked a plan by the board to hold a special meeting to change the society’s constitution to become Christian-based.

Fraser Health says work is underway to reopen the facility including making needed upgrades or repairs to the building, ensuring appropriate staffing is in place prior to admitting patients and ensuring the building is licensed to provide hospice care.

The health region says it expects to reopen hospice beds at the Irene Thomas Hospice by April 15.

The City of Delta has approached the health region about the municipality assuming control of the lease.

Saying he’s pleased to see the society is out, Mayor George Harvie told the Optimist he planned to arrange a meeting with the FHA to discuss next steps.

The Optimist has reached out for comment from the DHS board on its next steps, but has not received a response.

In an interview last year, board president Angelina Ireland said those in favour of MAiD should form their own society and space for the procedure, adding the provincial government has been trying to steal the private Delta Hospice.