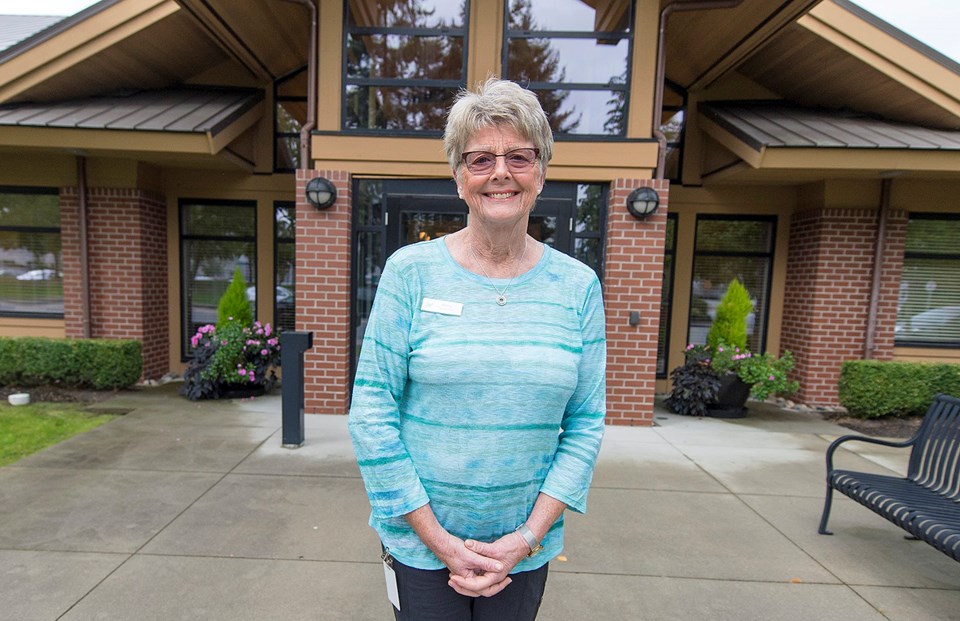 Nancy Macey says there have not been any changes to the society’s service agreement.Delta Optimist file

The provincial government must get its facts straight and convey the whole story when it comes to Delta Hospice.

Amid the heated controversy regarding the future of the Irene Thomas Hospice in Ladner, Macey’s lengthy letter outlines a series of points on the pending loss of provincial funding Feb. 25.

Macey copied the letter to the Optimist as well as other media outlets and local and provincial government officials.

Noting that while the one-year notice by the province last February may have been a legal action the government could take, it was not in the best interest of patients and families, and not morally or ethically correct.

Currently, those at the hospice wanting the end-of-life procedure have to be transported to another facility.

Saying there have been many irregularities and lack of appropriate actions by Fraser Health, Macey reiterated the society does not discriminate, and has never prevented a patient’s access to MAiD, noting the local hospice helps to arrange transport to a location determined by the patient.

Macey said she also questions the intent of government removing hospice care from the Delta Hospice Society when no consideration has been given to the government’s own legal obligations defined in the B.C. Societies Act.

Macey, who was terminated by the previous board in 2019, went on to say that, to her knowledge, the society has never received written instructions from Fraser Health to provide MAiD.

Macey also questions where is the alleged default of the society with its FHA service or lease agreements.

Among other things, her letter notes, “There were not any changes to the Service Agreement when MAiD was mandated in palliative care units and hospice sites in Fraser Health. Experts in the field of palliative medicine have documented their disagreement with the principles and practices between palliative care and MAiD.”

The Ministry of Health has yet to indicate what actions will be taken once the funding elimination occurs.

Adrian Dix announced last year that the society would also not be permitted to provide palliative care in Delta.