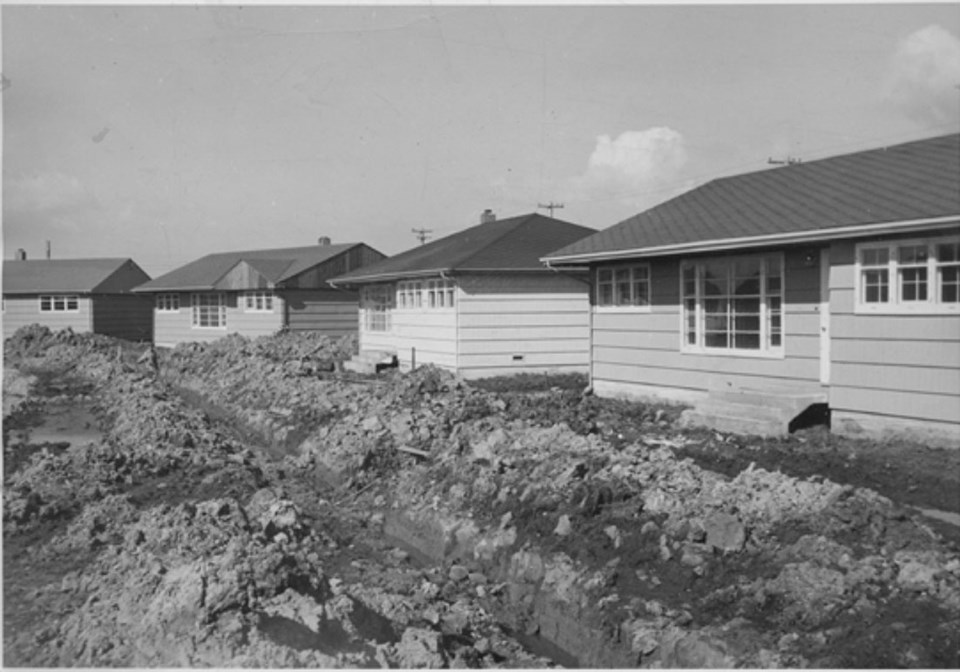 The residential community at the Vancouver Wireless Station also had amenities such as a grocery store, social club, gymnasium and a sports field.Delta Archives

Let’s head back in time to visit the Vancouver Wireless Station in East Ladner.

In 1941, what's now the Boundary Bay Airport was established as an air training field under the British Commonwealth Air Training Plan.

As the Second World War escalated, the airport would be home to a fighter squadron and even bombers.

By war's end in 1945, the RCAF had no further use for the facility and closed it.

The site was later transferred to the Royal Canadian Corps of Signals in the late 1940s and became a signals intelligence station under the name Vancouver Wireless Station.

It was the start of the Cold War and personnel at the station played a key role in gathering communications from the Soviet Union and its fleet.

To the north of the station, a gated 40-hectare residential community was developed.

Street lights and sidewalks were added in 1950.

The roads were paved in 1951 and some 2,000 trees and flowering shrubs were planted, the legacy of which still exists today.

The vibrant community eventually grew to over 120 buildings with other additions like a school and chapel.

When the armed forces were unified in 1968, the station's name changed to CFS Ladner.

The station closed in 1971, due to the installation of nearby power lines in Ladner that made gathering signals difficult.

The buildings in the residential community were moved away, leaving the foundations and streets as remnants.