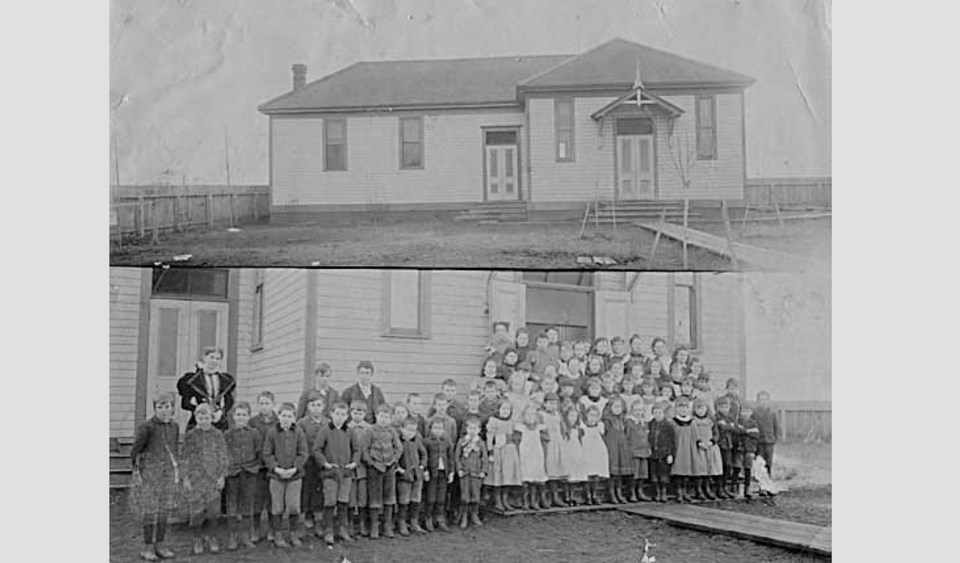 Let’s head back in time to Ladner in 1897 and visit the Ladner Public School.

Mrs. Maud MacDonald and Ms. Maude Beadleston with students at the front entrance of the schoolhouse.

The school was built on what was called Westham Street at the present location of 4840 48th Avenue.

The schoolhouse was sold to Bereford Eyton in 1901.

He converted the building into a duplex in 1905.

Many of the kids had well-known last names in the group and they would go on to be important figures in the community.