The cenotaph continues to be focal point for Memorial Day in Delta
May 4, 2021 7:02 PM By: Sandor Gyarmati 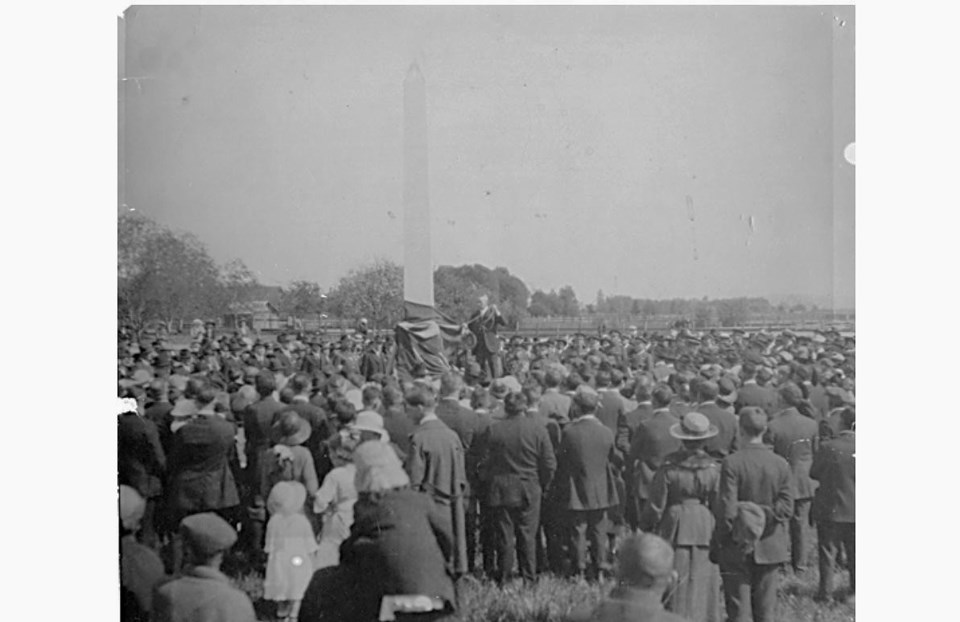 A large community gathering was held in May 1921 for the somber unveiling of the cenotaph to honour the Delta men who served their country and were lost in WW1.Delta Archives

The park at the south end of Delta Street was originally the property of William Henry Ladner.

Harry Nelson Rich, a prominent village businessman who lost his son Sidney in the First World War, obtained the acreage in 1921 to be developed as a memorial administered by the Delta Memorial Park Association.

The structure was unveiled at a large community gathering on Sunday, May 22 that year.

There were 27 names of young Delta men who died in that war, etched on the granite structure.

The volunteer association continued to operate the park and maintain the cenotaph until 1956, when the property and the assets were turned over to the Corporation of Delta.

In 1989, wheelchair access and steps were added to the cenotaph with funds provided by the Ladner Legion.