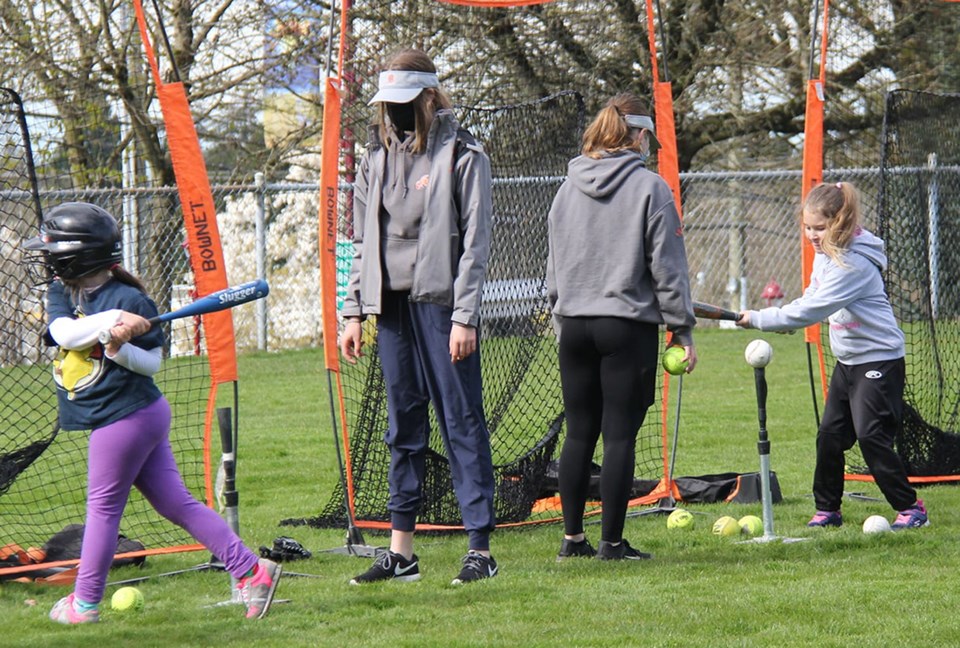 The Delta Fastpitch Association has bucked the odds by seeing its registration rise above pre-pandemic levels.

The softball organization, which serves the entire city, features 42 teams this season, which is an increase from the 2019 campaign, the last time games were actually played.

“We embraced all of our younger players in what I like to call a ‘blanket of comfort.’ We ended up writing them Christmas cards, just letting them know they were important to us and we were looking forward to the new season,” explained second-year president Lisa Brown-Rooke

“That’s what we were scared of. We were worried about our numbers. If we are not able to have a season (with games), what are we able to provide to the teams? What could we do for the players’ mental well-being as it’s important to get them out onto the fields. We were looking for all different avenues.”

Among them was free pre-season training camps held over spring break, run by director of coaching Chris Roper and director of player development Chris Ainge, with help from older players. Now all the teams are practicing two or three times a week at the association’s three main venues Hawthorne (Ladner), Brandrith (Tsawwassen) and North Delta Community parks.

“C” level players are back on the diamond for the first time in two years. Initial COVID health restrictions last spring kept all youth sports dark until mid-June and Delta Fastpitch decided it was too late have any kind of house season that typically would be over a couple of weeks.

“I can’t say enough about our executive,” added Brown-Rooke. “They have gone above and beyond to make this year spectacular for development. Walking through our parks, it’s just so beautiful to see them full of kids with laughter and learning. It’s definitely much better now for us than it was this time last year.”

That said, Brown-Rooke is hoping Delta teams will see game action by June.

Softball BC recently sent a letter to the Provincial Health Authority asking for the current restrictions to be eased for a sport that is played outdoors and, for the most part, socially distanced with minimal physical contact. Since the start of the pandemic all youth sports have been treated the same, indoors and outdoors.

Rep teams did get to see limited game action late last summer against each other since Delta is the only association in its district. Health restrictions were then tightened again in November and have remained that way since with high daily case numbers.

“I am going to stand behind my executive and say there are definitely some things that I feel are unfair to the softball community,” said Brown-Rooke. “There are several sports played indoors yet we saw restrictions lifted quicker last year for them than what we even had.

“I really hope we will be able to at least play neighboring communities as of June anyways.”

On Wednesday, Softball Canada announced all national championships have been cancelled for a second straight year. Western Canadian Championships will likely follow suit, which will at least open the door for Softball BC to extend its campaign into September if need be to offer some form of season-ending tournaments, depending on where the pandemic is at that point.

Brown-Rooke says it will at least give teams something to look forward too, especially at the graduating U19 level.

“We will see where Softball BC is going to take us. I know they are working hard for something. We just have to put our trust into them,” she said. “They will do what is the best for the sport and provide something at the end of the year for players to work towards even if that means extending the season for the kids to get onto the field and playing meaningful games.”