How has the coronavirus pandemic impacted cannabis use in Canada? 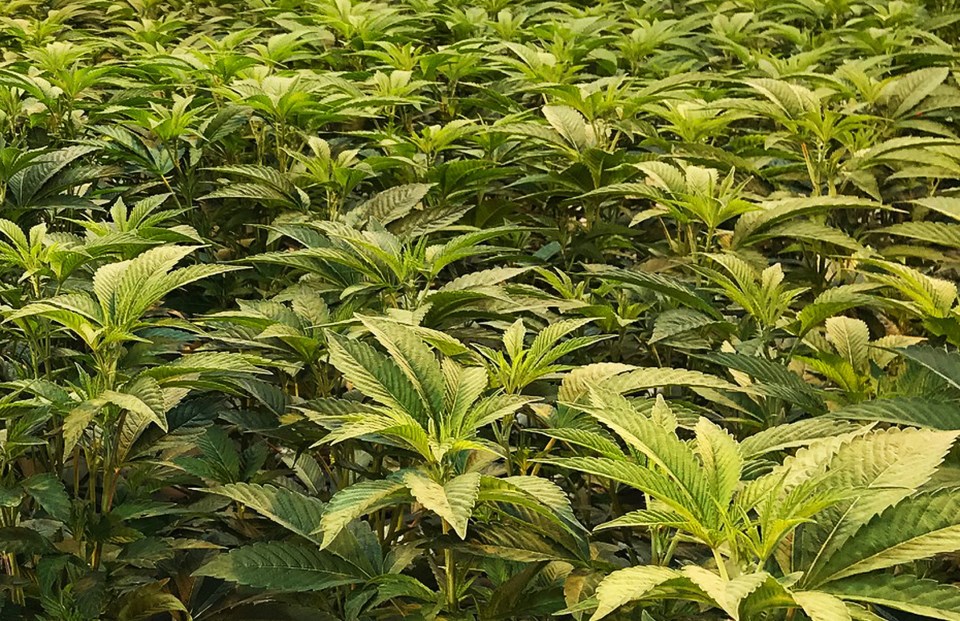 Rubicon Organics Inc., which runs a 125,000-square-foot greenhouse cannabis greenhouse facility on 104th Street in East Ladner, this week announced it has received its first purchase order from the Société québécoise du cannabis to sell a cannabis brand exclusively for Quebec.

The brand will include both flower and hash.

Rubicon earlier said it was already ramping up production capacity to 11,000 kilograms per year of organic certified and environmentally sustainable cannabis.

The amendments address the expansion of the licensed area to include an 11-acre outdoor grow site on Rubicon’s 20-acre property in Delta.

Located in the Agricultural Land Reserve, it’s the first legal outdoor cannabis field in the city.

In other Delta cannabis news, the huge Pure Sunfarms cannabis greenhouse operation in East Ladner recently announced it has entered into an exclusive partnership agreement with White Rabbit, a B.C.-based craft cannabis food formulation and development company, for the formulation and manufacture of edible cannabis-infused gummies.

The gummies are expected to be the only gummies in Canada that are made using real pure fruit.

In addition, they are plant-based, allergen-free, non-GMO, vegan and preservative-free, Pure Sunfarms states.

On another front, the City of Delta is currently reviewing an application to open a cannabis retail store. It would be the first in Delta.

The retail outlet by Seed and Stone would see an industrial property in the 600-block of Chester Avenue on Annacis Island rezoned to allow the sales operation within a portion of an existing industrial building.

The operation would include a 1,001-square-foot retail storefront and a 2,637-square-foot warehouse.

Meanwhile, as the cannabis industry in Delta continues to evolve, Health Canada recently published the results of its 2020 Canadian Cannabis Survey.

The survey results provide a snapshot of Canadians' knowledge, attitudes and behaviours toward cannabis and its use.

The survey results will help to evaluate the impact of the Cannabis Act and inform policy and program development, and public education and awareness activities, according to Health Canada.

Some of the key findings include:

* More than half of those who use cannabis choose to obtain it through a legal source. 41% reported legal storefront as their usual source, an increase from 24% in 2019, whereas 13% reported obtaining cannabis from a legal online source.

* Smoking remains the most common method of consuming cannabis, but it has declined while eating cannabis products has increased since 2019.

* Almost 8 in 10 Canadians feel they have access to trustworthy information to make informed decisions about their cannabis use. An increase from 71% in 2019 to 77% in 2020. Information about the health risks associated with cannabis use is widely available and reaching Canadians.

On the question whether cannabis users consumed more during the pandemic, Health Canada noted that since the survey was conducted from April to June, responses to questions about behaviours in the previous 30 days may be more directly impacted by the pandemic.

Questions were added to the 2020 survey to understand the impact of COVID-19 on cannabis use.

However, Health Canada warned many of the survey questions relate to cannabis use during a 12-month period, and survey responses would include use and behaviours prior to as well as during the pandemic.

“This presents a challenge in the interpretation of the survey results, particularly when comparing findings to previous years. For example, there was a significant decrease in the percentage of people who reported that they usually obtained cannabis from a friend, dealer, acquaintance, or though sharing among a group of friends, compared to 2019. This question asked about sources of cannabis in the past 12 months, so it is difficult to know if this decrease was related to the pandemic (less contact with people outside of one's household), or if it represents a more permanent change in behaviour possibly due to the new availability of cannabis through legal/licensed sources.

“Furthermore, on October 17, 2019, amendments to the Cannabis Act and its Regulations came into force to permit the legal production and sale of new classes of cannabis products, including cannabis extracts, cannabis edibles, and cannabis extracts intended to be inhaled.

“However, these products did not begin to enter the legal market until the end of December 2019. Questions that ask about behaviours over a past 12 month timeframe include a period both before and after these products were legally available. Finally, in the 12 months prior to data collection there was the reporting of Vaping Associated Lung Illness cases in both the United States of America and Canada. This may have had an impact of the results related to the vapourizing of cannabis.”