Delta farmers concerned plans to establish a piped irrigation water supply to the Westham Island could be impacted.
Mar 10, 2021 5:00 PM By: Sandor Gyarmati 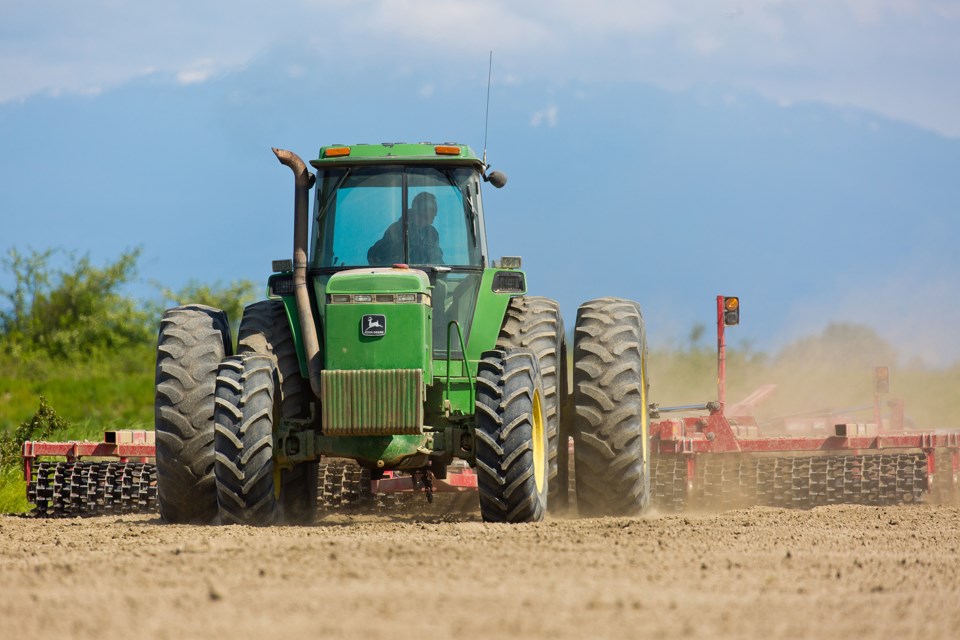 The port is looking at creating a new intertidal marsh habitat on the south shore of the Ladner farming island.Delta Optimist file

Additional concerns have been raised by Delta farmers about a proposed Port of Vancouver “habitat banking” project for Westham Island.

The Westham Island Canoe Pass Tidal Marsh Project is part of the port authority’s Habitat Enhancement Program, which is a form of so-called habitat banking involving the creation or improvement of habitat that will be used as future compensation in advance of projects that could adversely impact fish habitat, such as the proposed Roberts Bank Terminal 2 project.

The Westham Island project, originally proposed in 2014, involves the creation of approximately four hectares of new intertidal marsh habitat on the south shore of the Ladner farming island.

A rock containment berm would be constructed and filled with sediment dredged from Canoe Pass.

A recent staff report to Delta council notes the Delta Farmers' Institute expressed concerns including potential negative effects on irrigation water quality by increasing salinity, risks of damage to the Westham Island Bridge and, more recently, concerns that the project may impede potential plans by the City of Delta to establish a piped irrigation water supply to the island.

“This project is at a very preliminary design stage and would require a source of significant funding, as well as council approval and regulatory permits, to proceed. Nevertheless, DFI is seeking confirmation that the marsh habitat project will not impede the irrigation project, should it ever proceed,” the report adds.

According to the port authority, the project would be located in Canoe Pass, near the south side of Westham Island, and would expand an existing marsh area by converting an adjacent non-vegetated, low-value intertidal sandflat and mudflat into approximately four hectares of high-quality marsh habitat.

“The site was selected based on its potential to benefit a broad range of fish and wildlife species, and to increase the overall ecological function of the area. Tidal marshes are essential rearing areas for juvenile salmon, which helps sustain Pacific salmon stocks. The port authority engaged professional consultants to determine if this project, if built, would impact current farming-related infrastructure in the area. As the project site is more than 400 metres away from the nearest drainage feature, or flood box, it was determined river flows will not be altered to any significant extent, therefore impacts are not anticipated,” the Port of Vancouver explained.

Council last fall awarded a $52,000 contract for a consultant to help come up with an irrigation improvement strategy for the island, which has not had a consistently reliable supply of good quality fresh water.

Several million dollars in funding for a city project will be provided from an upcoming MK Delta Lands development contribution, a contribution that was promised as part of a previously approved industrial development proposal.

In a letter earlier last year to federal Minster of Infrastructure and Communities Catherine McKenna, DFI president Peter Guichon said an irrigation project for the island is an ideal candidate for infrastructure funding.

Guichon said for the last several years they have been working with the City of Delta on a proposed project for the 2,250-acre island which has the most fertile farmland in Canada.

Noting the lack of a reliable source of irrigation water is a key challenge, Guichon said their proposed infrastructure plan is closely aligned with food security and climate change.

“We are at a stage where we are shovel ready to move forward with implementation of the project, although we still require additional funding, therefore we are asking for a contribution from the Government of Canada for approximately $5 million (equal to about 50 per cent of the capital cost of the project),” he wrote.

Listing economic and environmental benefits in the DFI’s submission, Guichon noted, “The community has been working on a funding strategy which would include community driven resources plus outside funding. Contributions of funds from the community looks promising, although an additional $4 million to $5 million needs to be secured.”

The DFI’s submission also pointed out that a study supported by the B.C. Climate Action Plan analyzed the impacts of climate change and its effect on rising ocean levels and increases in salt water intrusions, which ultimately negatively impacts the suitability of river water surrounding Westham Island.

“Salt buildup in the soil is a major problem. This could be solved with the spring flushing of ditches by the new irrigation system. This study confirmed that the present and future shortage of irrigation water is a key factor undermining the ability of farmers on Westham Island to meet the growing need for locally produced food products and to respond to the public’s growing concern about food security,” Guichon explained.

A strong message to speculators about City of Delta farmland
Jan 28, 2021 5:00 PM
Comments